Philip was appointed Global Head of Property Reinsurance in July 2019, having held leading roles within Property, EMEA and Asia Pacific at Aspen Re for over the last 16 years.

He joined Aspen in November 2005 as a senior international property reinsurance treaty underwriter. In July 2007 he was appointed head of Aspen’s European property treaty business following the opening of its Zurich Branch, and from January 2017 he was Managing Director of Aspen’s Asia Pacific business in Singapore, prior to relocating to Zurich in July 2021.

Prior to joining Aspen, Philip was a vice president at Transatlantic Re in Paris. Philip is an associate of the Chartered Insurance Institute (ACII) and is fluent in German and French. 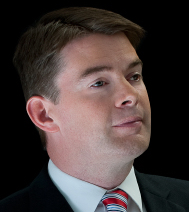 Zurich
We use cookies on our website to give you the most relevant experience by remembering your preferences and repeat visits. By clicking “ACCEPT ALL”, you consent to the use of ALL the cookies. However, you may visit "Cookie Settings" to provide a controlled consent.
Cookie SettingsREJECT ALLACCEPT ALL
Manage consent