Global Head of Casualty and Head of Asia Pacific

Beatrice Morley was appointed Head of Asia Pacific in June 2021 to coincide with her role as Global Head of Casualty for Aspen Re that she’s held since 2017.  She is based in Singapore.

She joined Aspen in 2011 to build the Asian casualty treaty and facultative portfolio. In 2015, she was appointed Head of Casualty Treaty for Asia Pacific with responsibility for all Aspen Re’s casualty lines of business in the region.

Prior to joining Aspen, she worked for Swiss Re and Catlin in Singapore where she specialised in various lines of casualty treaty and facultative business. 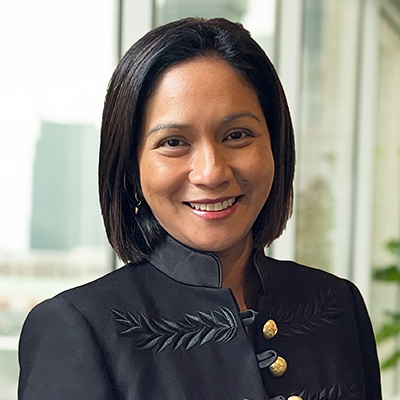 Singapore
We use cookies on our website to give you the most relevant experience by remembering your preferences and repeat visits. By clicking “ACCEPT ALL”, you consent to the use of ALL the cookies. However, you may visit "Cookie Settings" to provide a controlled consent.
Cookie SettingsREJECT ALLACCEPT ALL
Manage consent