Mr Atkinson was appointed Chief Business Development Officer, a member of the Group Executive Committee, in June 2020 focusing on Distribution, Marketing and other opportunities for Aspen Group.

Prior to that he was both Head of Insurance London from May 2019 and Global Head of Distribution, Marketing & Communication, housed in Aspen Insurance. He joined the firm in June 2011 with 20 years of broking experience. He continues as a Director of Digital Risk Resources, an affiliate SME Cyber company. Mr Atkinson worked for RK Harrison Group as a consultant before starting at Aspen but he began his insurance career in 1991 at Johnson & Higgins Insurance and in 1996 went to Sedgwick/Marsh. In 2000, Mr Atkinson moved to JLT as a Partner and in 2002, he relocated to Bermuda where he spent the next 5 years.

In 2005, he joined Willis as an EVP of the Bermuda office expanding the role to CEO, WNA London and Bermuda. Before joining the industry Mr Atkinson gained a degree in economics from Cambridge University and was a professional cricketer for Somerset. 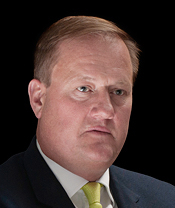 London
We use cookies on our website to give you the most relevant experience by remembering your preferences and repeat visits. By clicking “ACCEPT ALL”, you consent to the use of ALL the cookies. However, you may visit "Cookie Settings" to provide a controlled consent.
Cookie SettingsREJECT ALLACCEPT ALL
Manage consent