Head of London for Aspen Re and Global Product Head for Specialty Re, Deputy Active Underwriter, Syndicate 4711, and Co-CUO of Aspen Insurance UK Limited

Jamie Lewis was appointed Head of London for Aspen Re and Global Product Head for Specialty Re in September 2019. He was previously Head of Casualty London, Aspen Re, a position he held from November 2013. Prior to this Jamie was at Renaissance Re Bermuda – which he joined in 2003 -where he was part of the Specialty Underwriting team. Latterly he was the active underwriter for Syndicate 1458 which was established in London in the Lloyd’s market in 2009.

He began his career at Willis in 1985 and started underwriting within the Merrett Group in Syndicate 1066 in 1991. He has worked at various underwriting operations since that time. 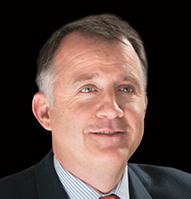 London
We use cookies on our website to give you the most relevant experience by remembering your preferences and repeat visits. By clicking “ACCEPT ALL”, you consent to the use of ALL the cookies. However, you may visit "Cookie Settings" to provide a controlled consent.
Cookie SettingsREJECT ALLACCEPT ALL
Manage consent

This website uses cookies to improve your experience while you navigate through the website. Out of these, the cookies that are categorized as necessary are stored on your browser as they are essential for the working of basic functionalities of the website. We also use third-party cookies that help us analyze and understand how you use this website. These cookies will be stored in your browser only with your consent. You also have the option to opt-out of these cookies. But opting out of some of these cookies may affect your browsing experience.
Necessary Always Enabled

Performance cookies are used to understand and analyze the key performance indexes of the website which helps in delivering a better user experience for the visitors.

Analytical cookies are used to understand how visitors interact with the website. These cookies help provide information on metrics the number of visitors, bounce rate, traffic source, etc.

Advertisement cookies are used to provide visitors with relevant ads and marketing campaigns. These cookies track visitors across websites and collect information to provide customized ads.

Other uncategorized cookies are those that are being analyzed and have not been classified into a category as yet.